Sparks have announced that their new album, ‘A Steady Drip, Drip, Drip’, will be released on May 15th on CD, download, cassette, and across a range of vinyl options.

The album will be supported by a tour and the band have announced October dates across Europe, all of which are listed below and which go on pre-sale on Wednesday January 29th and general sale on January 31st. 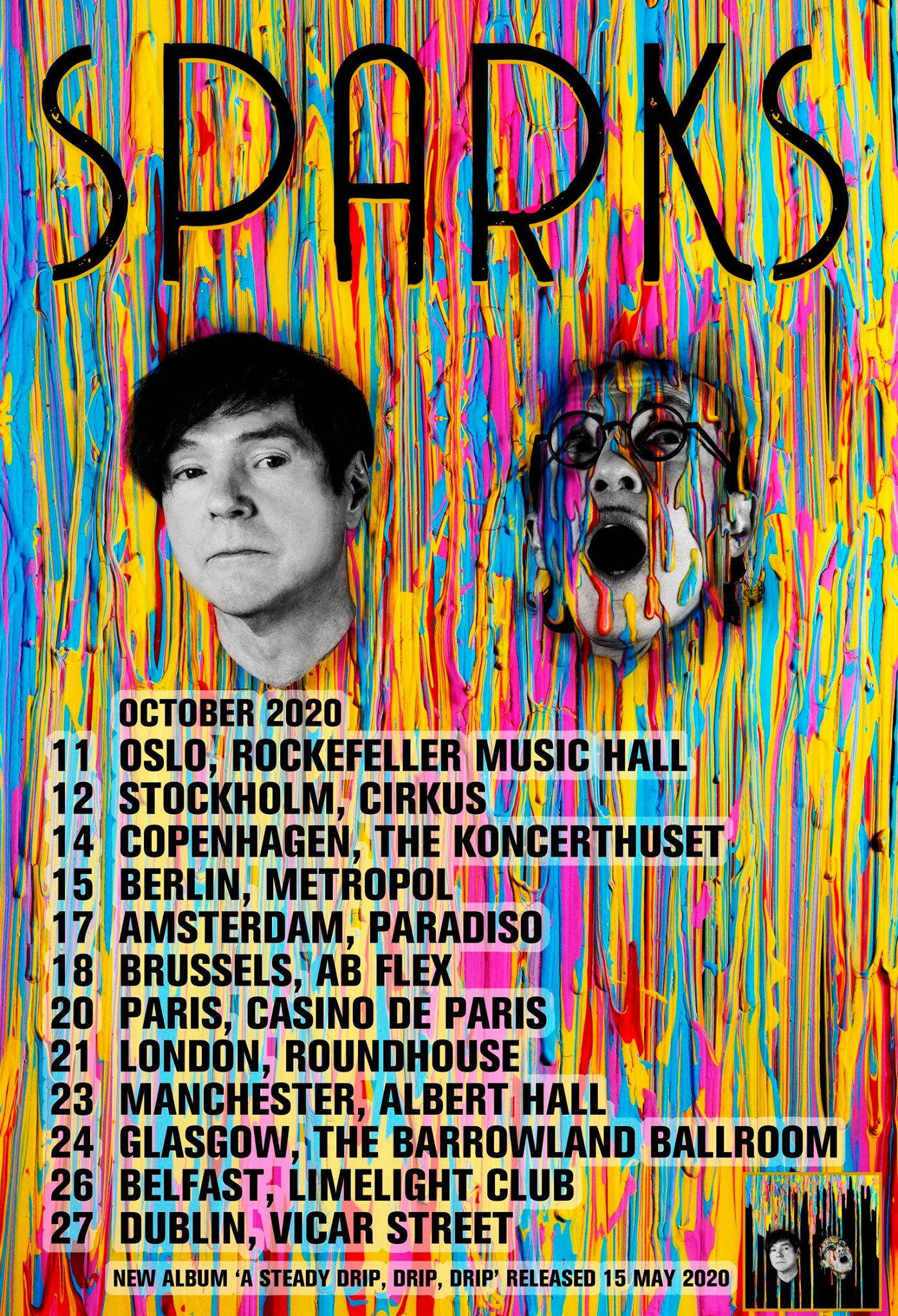