Morrissey will mark the March 20th release of his new album, ‘I Am Not a Dog on a Chain’, with a short run of UK and European tour dates. Tickets for the shows go onsale on Friday, January 24th. 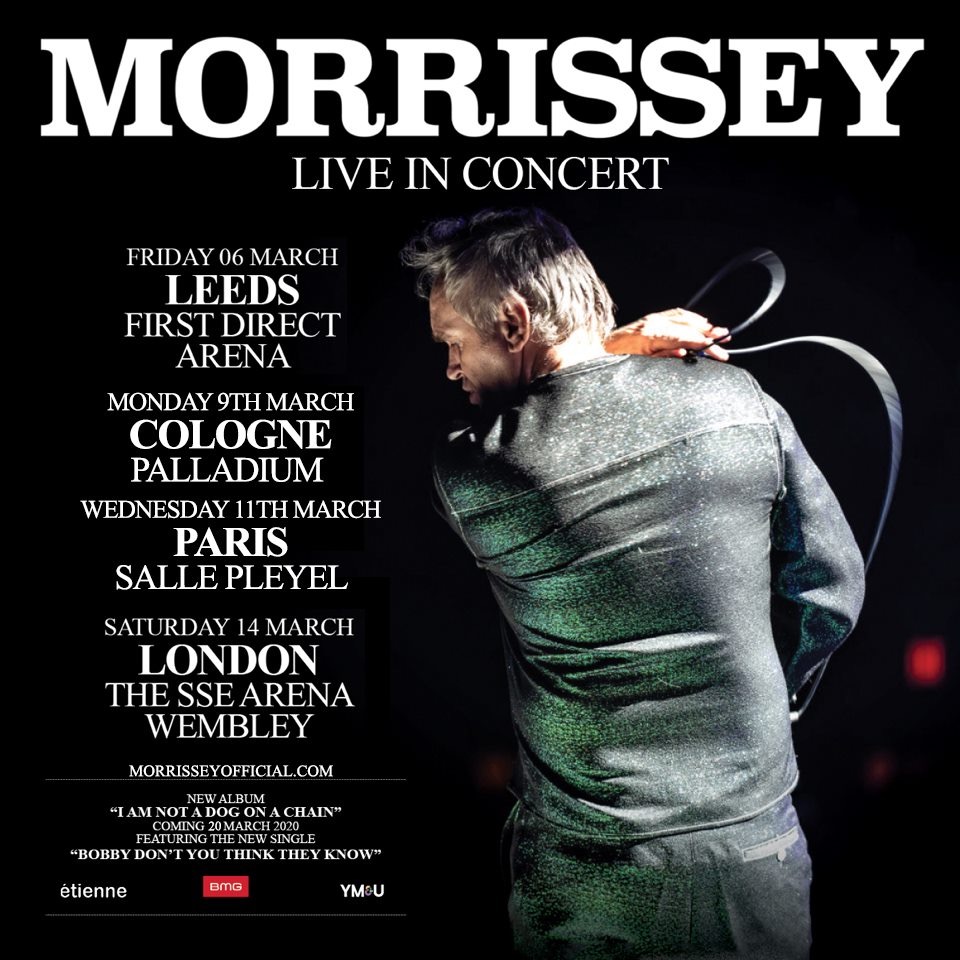